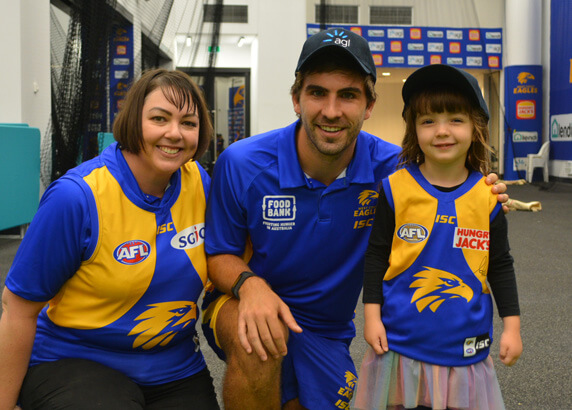 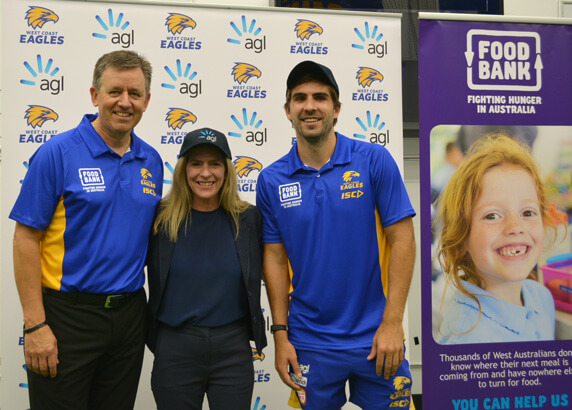 AGL and the West Coast Eagles are supporting Foodbank WA for a second year running to help tackle hunger in Western Australia with AGL Metres for Meals.

“The first year of the campaign was such a success that we are delighted to join forces with the reigning Australian Football League premiers and Western Australia’s leading hunger-relief charity for a second successive season,” Jackie Shervington, AGL WA State Manager said.

“This year AGL will donate 300 meals for every kilometre run at each home game by Gaff, who covers an average of 15 kilometres each game.”

“We are very grateful for the continued support that we receive from the West Coast Eagles, its members and players, and we are thrilled to be working with the club’s Premier Partner AGL to provide additional food to families in need throughout the state,” he said

“This really will make a positive impact on those who have nowhere else to turn for a meal.”

With more than four million Australians who experienced food insecurity last year alone–over a quarter of them being children – Foodbank WA will be able to purchase everyday food essentials such as rice, pasta, canned soup, vegetables, beans and pasta sauce that are in demand, yet very rarely donated.

Ms Shervington said the decision to continue supporting Foodbank WA was an easy one for AGL to make.

“Last year we donated more than 57,000 meals to Foodbank WA as a result of the AGL Metres for Meals campaign and funds raised in an AGL staff raffle.

“A key factor in our decision to extend the AGL Metres for Meals campaign was our recognition of the growing demand for the services of Foodbank WA which has been providing meals to people who are struggling to feed themselves and their children for 25 years this year,” she said.